Incredibly hot and humid weather welcomed all of the drivers on the attractive city circuit winding through the city of Vila Real in northern Portugal. A lot of hills, sharp corners, but also a long straight, or extraordinary Joker Lap. 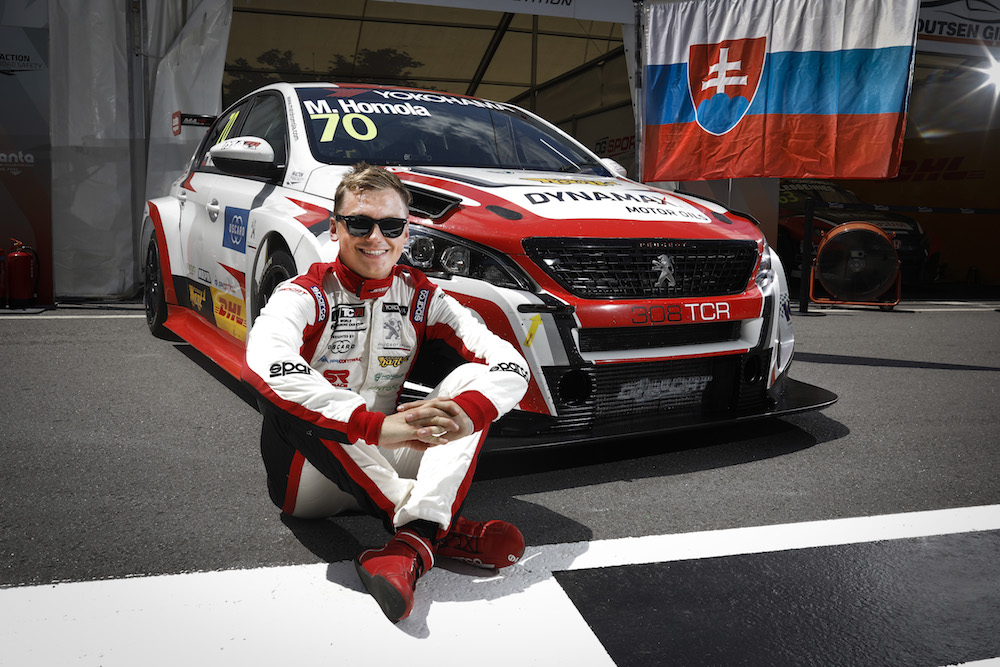 Joker Lap is typical for rallycross, but it is unique in the circuit racing. The driver needs to make once in a race so called joker lap – bit longer route around a roundabout. First time introduced last year in the WTCC here in Vila Real and adopted by the WTCR this year again. The driver needs to make it once in a race, but not sooner than in the 3rd lap. It adds approx. 3 sec to the lap time and can really shuffle the grid! 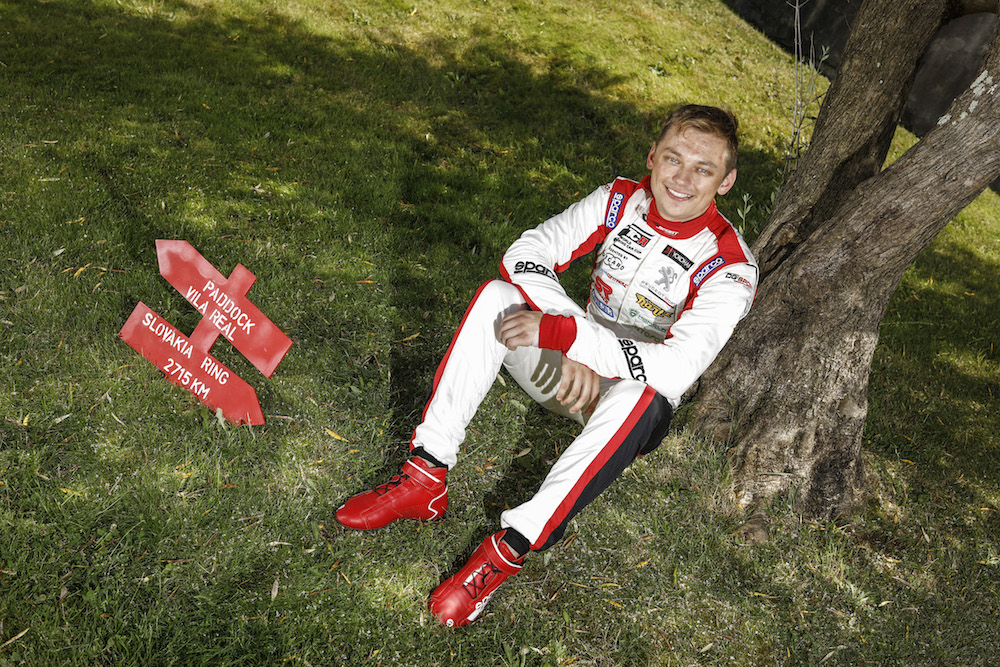 Slovak driver finished the first free practice session on the P10 and was really positive: „I’m happy that I’m able to keep the pace with the TOP 10 and I believe, that the race will end similarly.“

Free practice 2 brought a worse result, despite Mato being 0,5 sec faster. They have tried several setup adjustments after the session to get ready for qualifying. 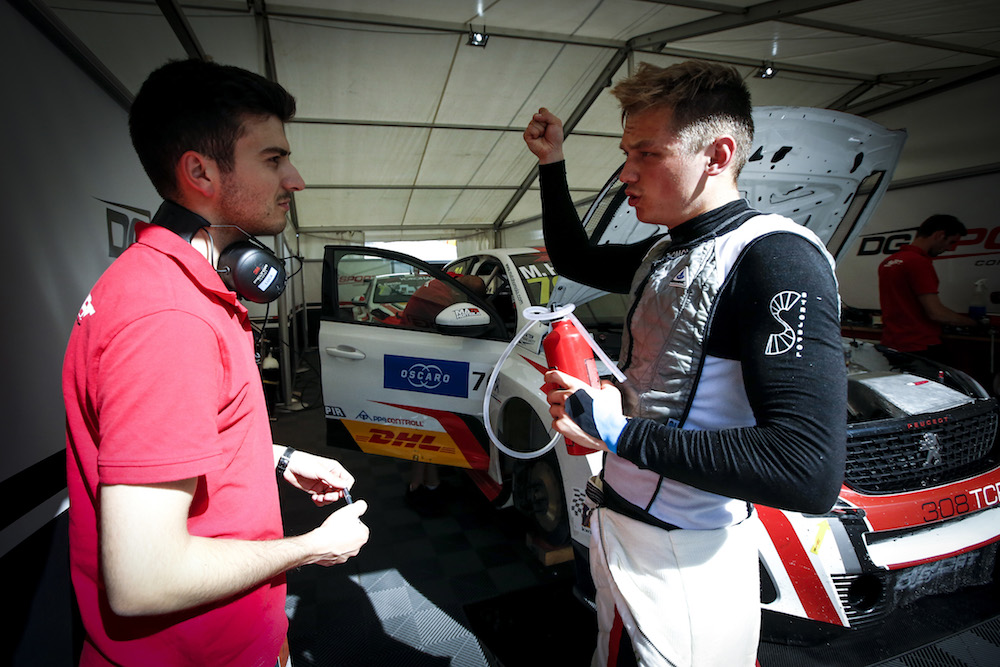 Nobody expected what came in the qualifying session, being the hardest psychological test for Mato during the career.

We can sum it up like this:
– you are not able to start your engine
– just after that, your teammate drives over your splitter, when exiting the box
– despite broken splitter, you go out on the track
– in the second flying lap, your splitter breaks loose and you have to pit – you don’t wanna hit the wall in 232 km/h
– your time was enough for the P22 only
– here comes the first red flag – at least little time to repair the splitter
– you go out on the track, entering the flying lap with immediate red flag again
– this happens 2 more times
– you have your best 1st sector twice in a row and you are stopped by the red flag twice in a row
– 40 minutes session changes suddenly to 75 minutes
– you only made 3 fast laps and the qualifying session is over!
– you cannot do anything about it – it just happens
– on top of it, you get penalized at the end for speeding under the red flag and you start from the back of the grid

Mato had a good start to the race, overtaking two drivers in the first second, but several moments later the hell breaks loose. Two Sebastien Loeb Racing drivers being on the first two positions had a hard contact, what lead to the biggest collision WTCR has ever witnessed. All of the cars in the grid had some kind of contact and the race was restarted behind the safety car two hours later. Mato was sort of lucky, as he didn’t damage the car that badly, unlike many drivers, who were not able to participate in the race later on. Mato fought as hard as possible, but due to the damaged splitter and overheating engine, he couldn’t be more aggressive. He finished the race on the P12, despite being able to set the 6th fastest lap of the race. 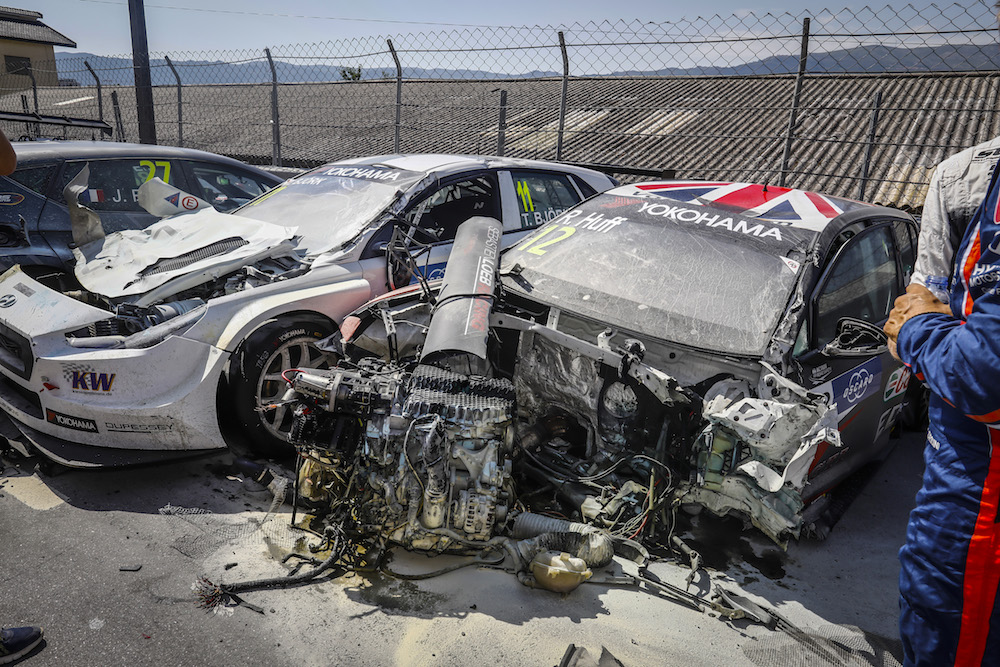 „It is really hard to say something now. I had just one fast lap with the new tires in the qualifying. My splitter is damaged, and that really influences the car’s behaviour in the higher speeds and in the corners – the car is understeering a lot. The engine was overheating as well. But at the end of the day – I am lucky, with no heavy damage in the accident, or even some injury. But P12 – I’m not really happy about it – I know, I could do better,“ said disappointed Mato after the race.

The racing weekend continues with the day 2 tomorrow, and the schedule is following: