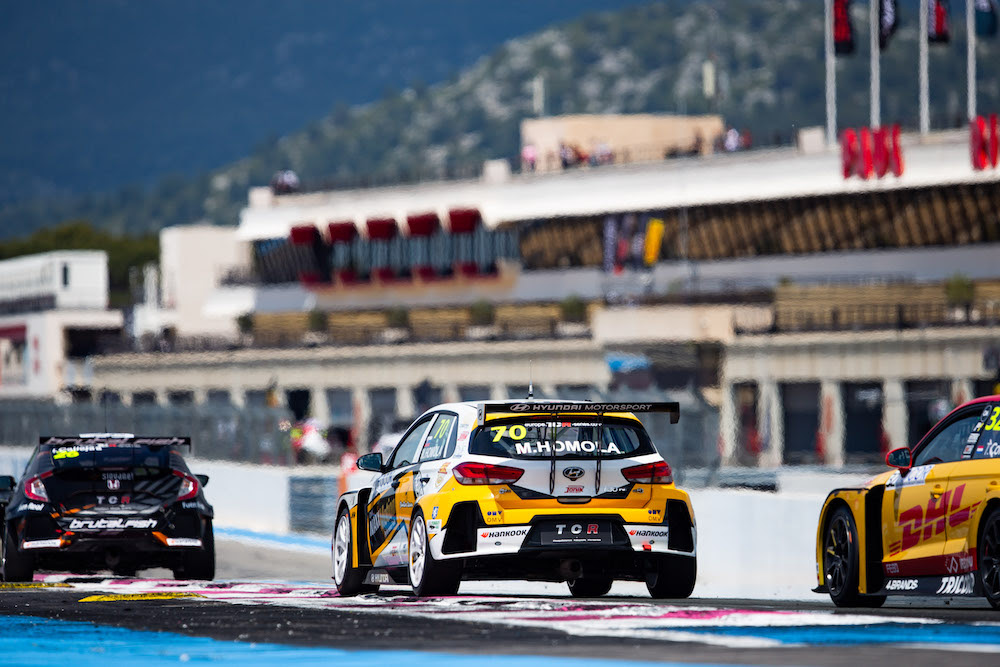 French racing weekend was a little better than the previous in Slovakia, but the bittersweet taste remains, although there is a light at the end of a tunnel. 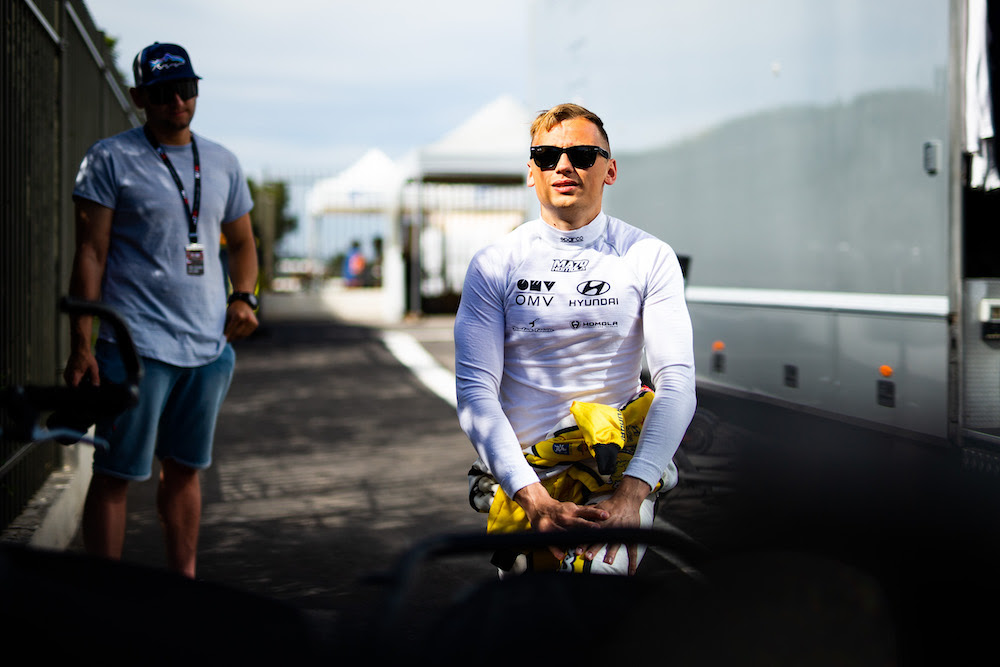 As usually in touring cars racing, Friday is almost always dedicated to 2 free practice sessions. Mato Homola, racing for the Slovak Jantar team with technical support of Janik Motorsport, together with his race engineer Jaro Krajci, were looking for the correct setup, so they could squeeze the maximum out of their Hyundai i30 N TCR. 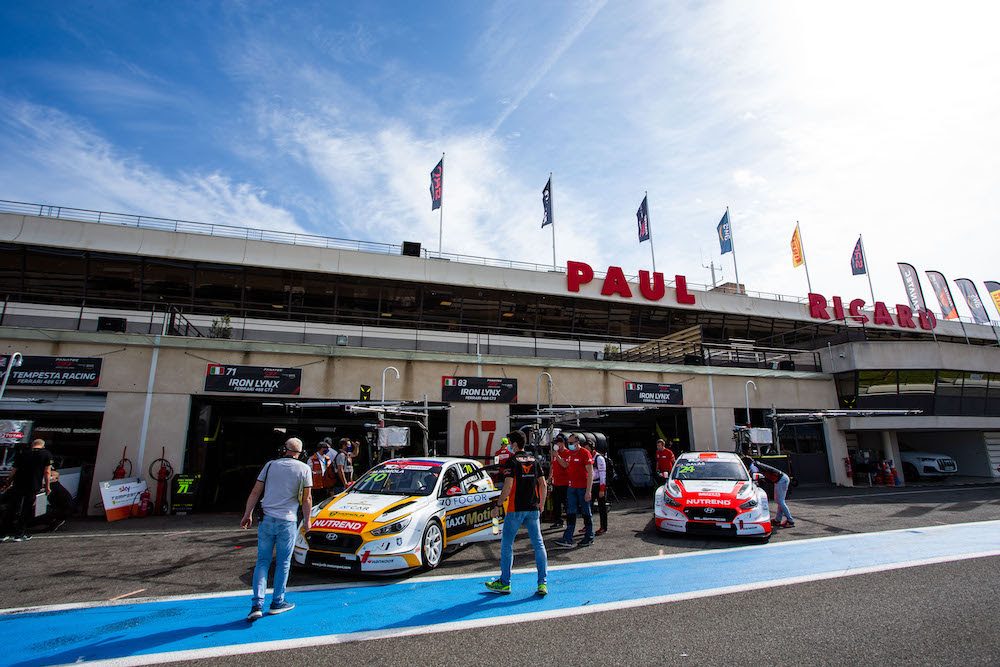 „We tried to do our best, I event did not make many mistakes, but our car simply does not have the required pace. We have tried several setup directions, but we cannot make the car go faster on straights, BoP is simply holding us back,“ said Mato after the sessions. 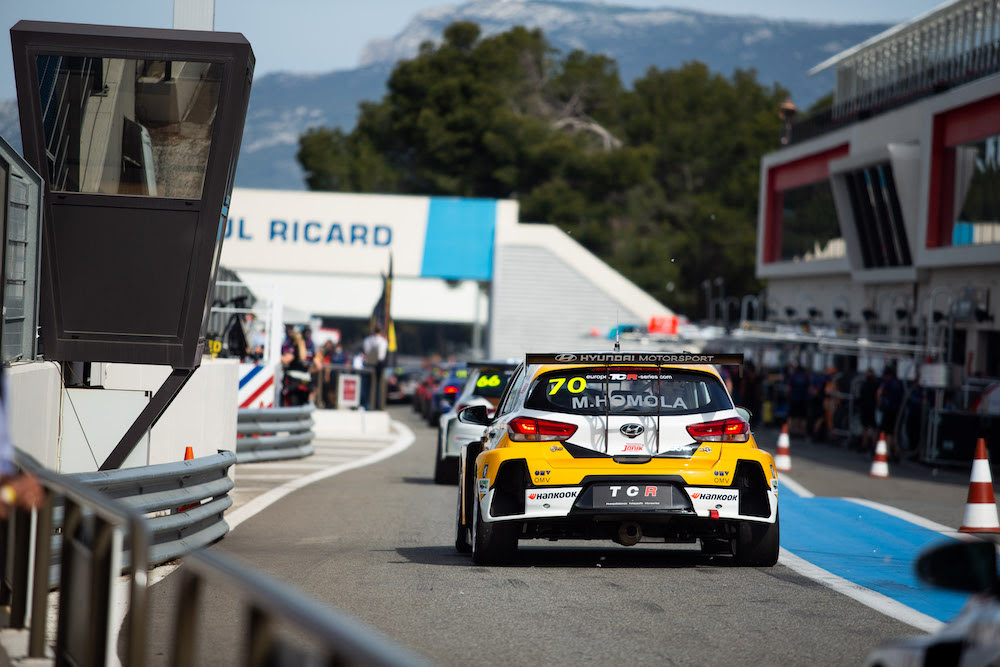 To make things clear, here is the BoP situation with the i30 N TCR. It’s the tallest car amongst the field – 90 mm. Others are centimeter or two, lower. Concerning the weight, i30 N TCR together with RS3 LMS are the heaviest cars. Peugeot for example is 80 kg lighter, Cupra has 40 kg less, and Honda 30 kg. Performance? i30 is the only car with 95% of the original engine performance. Other cars are on 100%, some of them even on 102.5%. If this won’t change, we could hardly see Slovakian driver further forward. 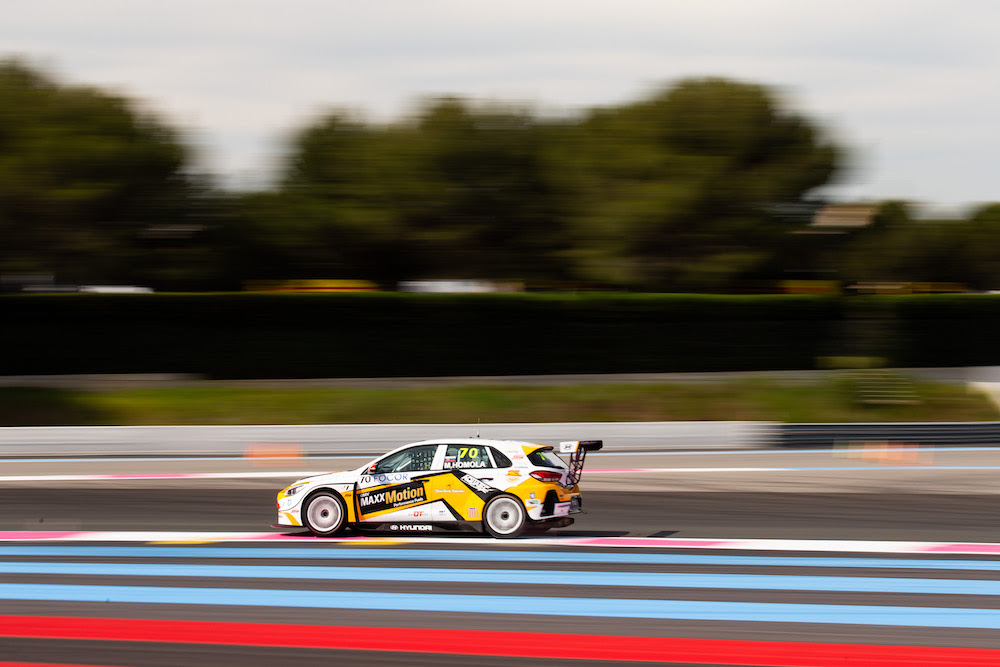 Let’s get back to racing. Mato finished on P9 and P12 in the free practice sessions. „I’ll do my best to qualify amongst the top 10, ideally around the P10, to be able to make some result in the Race 2,“ said young Slovak before the qualifying session. It didn’t go as planned, he did not even get to the Q2, as he finished the Q1 in 16th place. 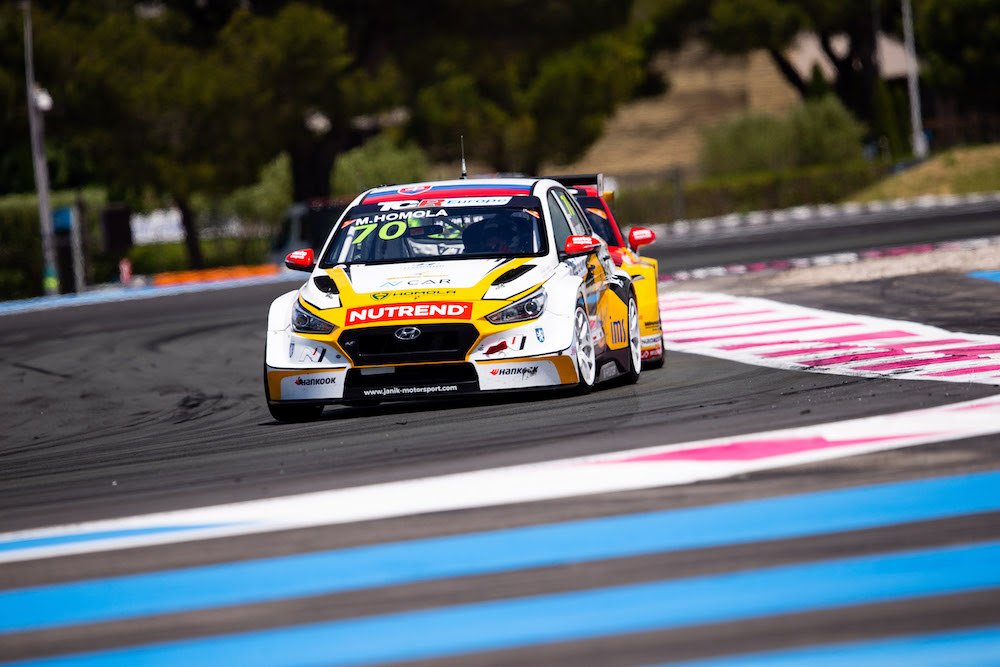 This was his starting position to both of the races. He made a lightning start to the first race and he found himself on the P10, at the end of lap 1. In lap 4, he hit the plastic barrier, which was there to show the track limits and this damaged his car /splitter/, Therefore he started to lose pace. “I wasn’t able to go faster. Therefore we need to understand the behavior of the car in data telemetry and solve it for tomorrow’s race. I have finished the race on the P11, and I am not happy there…“ 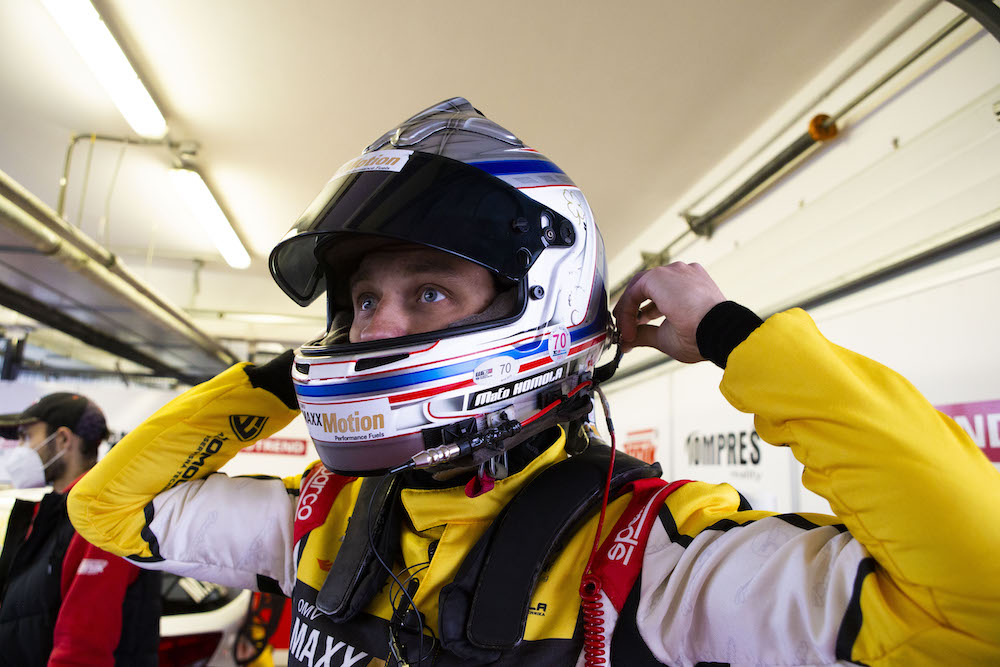 Another setup change awaited the team after the race. The same starting position and almost the same scenario happened in the second race of the weekend. Great start and quick progress to the front. Mato has jumped to the P11 immediately in the first lap, managing to overtake several drivers. Later on, the gaps between the cars have raised to several seconds. „I knew, that I had to be wise. I didn’t want to overtake the driver in front of me immediately, as my car was as quick as his only in the slipstream, so I won’t be able to defend the gained position for a long time and I waited for the last lap,“ explains Mato his racing view. 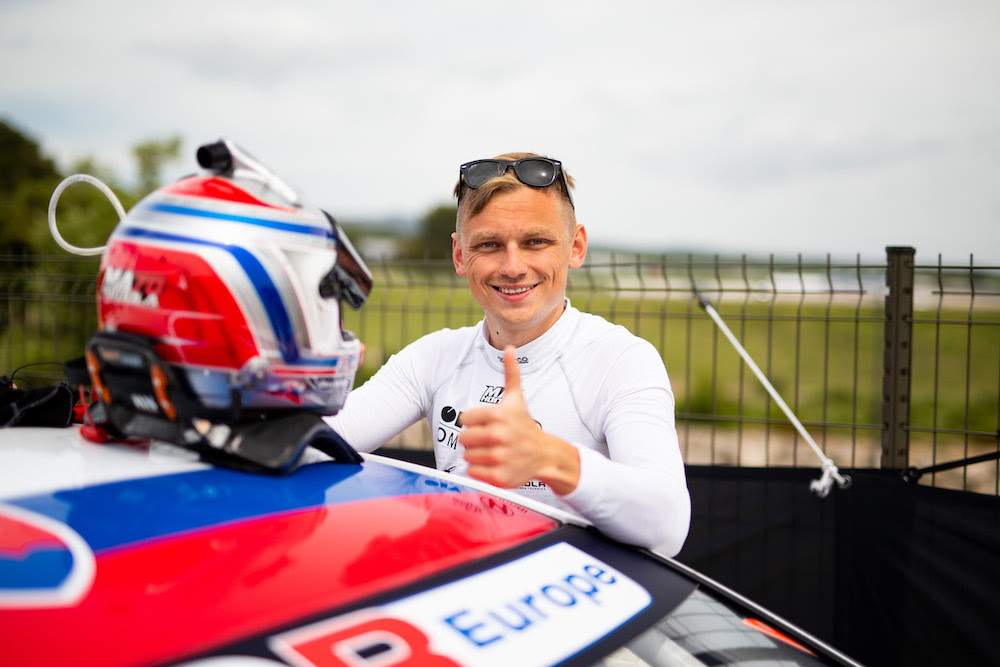 He successfully attacked, he was even on the P8 for several seconds (thanks to the DNF of few drivers), but Coronel used Mato’s small mistake. „What a pitty. I lost my back on the used tires and I drifted through one of the corners and Tom (Coronel) used it to overtake me,“ says Mato and he adds: „P9 after the start from the P16 is good, but honestly, it is a different position to where I want to finish the races. I believe that the BoP change awaits somewhere, as this is not simply acceptable.“